REHAB, with The Wild And Free, Live at Victory North!

“The Southern hip-hop group Rehab were literally a product of their namesake. Original members Danny Boone and Brooks Buford, both recovering alcoholics and drug addicts, met at a local rehab facility and connected over their love of music. Mashing rap with rock, the two teamed with Steaknife (aka Denny Campbell), who had previously worked with Boone in the group Prime Suspect, and they released their debut album, Southern Discomfort, in 2000 on the Sony label. Cee-Lo, Goodie Mob, and Cody ChesnuTT were some of the guests on the album, which would spawn the Top 15 modern rock hit “It Don’t Matter.” Two years were spent on the road supporting the album, including a stint on the Vans Warped Tour, and then the duo splintered.” 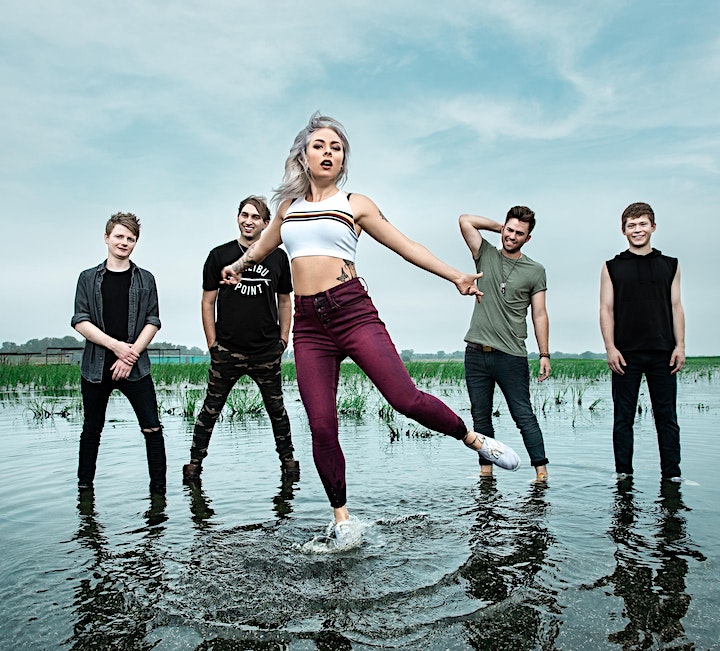 Hello! We are The Wild & Free, the up and coming Pop/Rock band from St. Louis, Missouri. Our debut EP “Sugar High” is available online everywhere for download, where you will find powerful vocal hooks, big grooving drum beats, with the perfect blend of rock guitar and modern dance synths. The Wild & Free are currently working on their Debut LP that will be out Fall 2019.

The Wild & Free came about as a studio experiment that Mike and Dan came up with that they ended up liking so much that they decided to pursue the project full time. This is where they brought in Rachel as a powerhouse front woman and Marc on the drums to fill out the perfect lineup. After tracking their debut LP the band decided to add Bassist Zach Shaw to the lineup!

Right now we are preparing for a lot of midwest touring to support our debut LP. Check the “Shows” tab at the top of the page to find a show near you! See you on the Road!