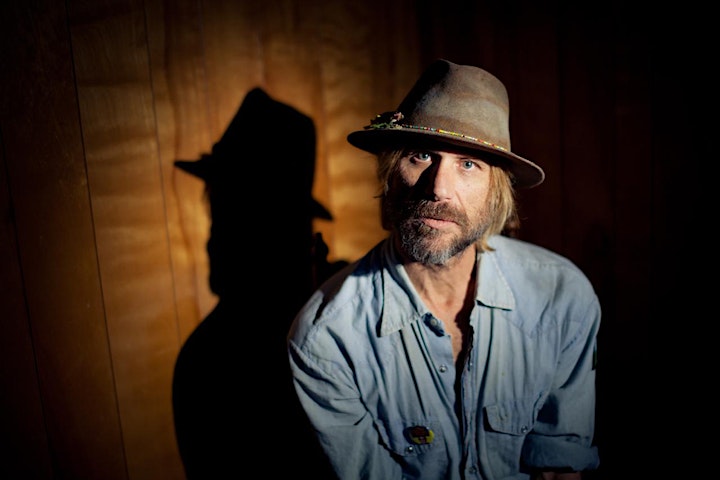 You don’t often hear about an artist reinventing their sound twenty albums into a celebrated career. But for Todd Snider, his latest release, First Agnostic Church of Hope and Wonder (2021), isn’t so much a sudden change in direction as an arrival after years of searching. Since debuting in 1994, Snider has gone through his own incarnations. His first single “Talking Seattle Blues” was a head fake that might’ve pointed to goofy novelty songs. But he quickly showed that his artistic quiver was much deeper and more interesting. A storyteller who works a similar creative soil to John Prine and Shel Silverstein, Snider’s best songs are both sad and funny, political and entertaining, and always written with a poet’s eye and a stand-up comedian’s sensibility about the follies of human condition. While he’s made twenty fine albums, it’s on stage where Snider is even more potent, with between-song banter that weaves subtle emotional threads through his sets. A road dog who loves the road, Snider has toured with Emmylou Harris, John Prine, Jimmy Buffett, and appeared at festivals like Farm Aid, Newport Folk Fest, Lockn’ and Telluride Bluegrass Festival.

Snider was born in Portland, Oregon, and lived there until his family moved to Houston, Texas. When he was 15, he ran away from home with a friend and went back to Portland. After high school, he moved to Santa Rosa, California, to be a harmonica player. Then his brother, who lived in Austin, Texas, bought him a ticket to come live there. After seeing Jerry Jeff Walker in a local bar, Snider decided that he didn’t need a band to be a musician.

After moving to Memphis, Tennessee, in the mid-1980s and establishing residency at a club named the Daily Planet, he was discovered by Keith Sykes, a member of Jimmy Buffett’s Coral Reefer Band. A longtime acquaintance of John Prine and Walker, Sykes began to work with Snider to help advance his career. Prine hired him as an assistant and then invited him to open shows. In time, Buffett heard Snider’s demo tapes and signed him to his own label. On his music, Snider has said “I was just trying to come up with the best … most open hearted … well-thought-out lyrics I could come up with. I wanted every song to be sad and funny at the same time, vulnerable and entertaining at the same time, personal and universal at the same time. I wanted every song to be as uniquely written as possible and then I wanted to perform them in a studio loose and rugged and hopefully as uniquely as I could. My hope is to be hard to describe and/or new … I’m not saying I am. I’m just saying that’s the hope.”

Snider’s 1994 debut album on MCA, entitled Songs for the Daily Planet, was named for the bar where Snider used to play regularly in Memphis. On that album were the minor hits “Talkin’ Seattle Grunge Rock Blues”—a folk song about the early ’90s grunge scene, featuring a band that “refused to play” —and “Alright Guy”, which later became the title cut of Gary Allan’s 2001 album.

He released two more albums for MCA, Step Right Up and Viva Satellite before moving to John Prine’s Oh Boy Records, for which he made Happy to Be Here, New Connection, Near Truths and Hotel Rooms, East Nashville Skyline, and Peace Love and Anarchy. That Was Me: The Best of Todd Snider 1994–1998 was released by Hip-O Records in August 2005.

Snider’s next studio album, The Devil You Know, was released in August 2006. It marked his return to a major label, New Door Records, a subsidiary of Universal Records. The Devil You Know was named to several critics’ year-end “best” lists, including a number 33 ranking in Rolling Stone magazine’s top 50 albums of the year, a number 25 ranking by No Depression magazine, and number 14 by Blender magazine.

Snider’s album Peace Queer was released on October 14, 2008, and reached number 1 on the Americana Airplay Chart on October 27, 2008. His album The Excitement Plan, produced by Don Was, was released on June 9, 2009, on the YepRoc label. 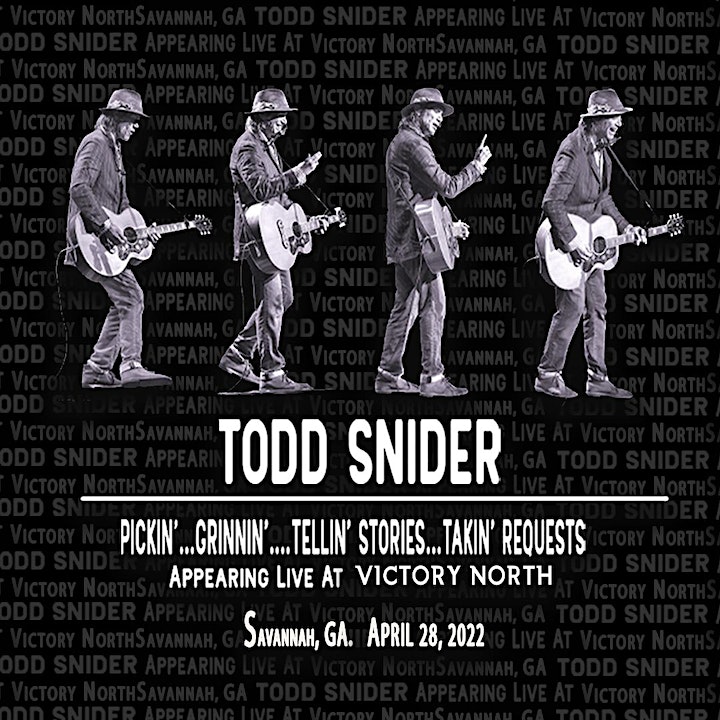 Snider contributed a cover version of “A Boy Named Sue” to the 2010 Sugar Hill Records album Twistable Turnable Man, a tribute by various artists to the songwriter Shel Silverstein.

Snider’s songs “Late Last Night” and “I Believe You” have been recorded by the Oklahoma red dirt band Cross Canadian Ragweed. He co-wrote the song “Barbie Doll” with the country star Jack Ingram.

Snider worked with Adult Swim to perform the “Fatal Distraction” variant of the Squidbillies theme song and part of “Listen to the Animals”. He also guest-starred, along with voice-over announcer Andrew Montesi and The Regular Guys radio DJ Larry Wachs, in the series, voicing a lobster.

In February 2011, Snider released a double-disc live album, The Storyteller, on his own record label, Aimless Records. The album features live versions of songs spanning much of Snider’s career along with some of the stories that have become a staple of his live show.

In April 2012, Snider released two albums, Agnostic Hymns & Stoner Fables and a tribute album, Time As We Know It: The Songs of Jerry Jeff Walker. The latter album is an homage to country singer-songwriter Jerry Jeff Walker. American Songwriter claims, “Snider has been carrying on Walker’s scraggly Texas-styled country/Americana tradition since he started.”

The album Agnostic Hymns & Stoner Fables was listed at number 47 on Rolling Stone’s list of the top 50 albums of 2012, saying, “One of the sharpest, funniest storytellers in rock, Snider keeps the indictments coming.”

On December 20, 2013, Snider debuted a new band called Hard Working Americans at a benefit concert at the Boulder Theater in Boulder, Colorado, for Colorado Flood Relief. The band’s first album is a collection of lesser-known cover songs, to be released January 2014. Snider said in an interview that he chose some of the covers because they were melodic and “I wanted it to be very melodic. I’m hoping to learn about that in this process.” The group includes bassist Dave Schools (of Widespread Panic), guitarist Neal Casal, keyboard player Chad Staehly and drummer Duane Trucks. The band also released a cover of “Come From the Heart” with Roseanne Cash, made available on iTunes in September 2014. Their second record, Rest in Chaos, was released in May 2016, and unlike the previous album, features mostly original songs written by the band, including lyrics by Snider.

In February 2019, Snider released “Like A Force Of Nature” from his Cash Cabin Sessions, Vol 3 album, released the following month.

Snider has been touring for close to thirty years and will continue to make the road his home for the foreseeable future with another live album forthcoming in 2022. 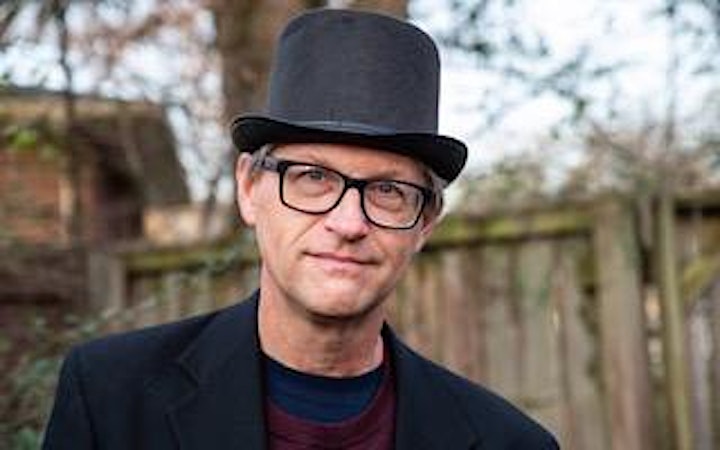 Acclaimed singer-songwriter and author Tommy Womack – lead guitarist of the ‘80s post-punk college radio luminaries Government Cheese – has earned praise from such Nashville luminaries as John Hiatt, John Prine, Todd Snider, Marshall Chapman, and others. His songs have been recorded by Jimmy Buffett, Jason & the Scorchers, David Olney, Dan Baird and more. His latest release, “I Thought I Was Fine” has attracted worldwide critical praise from critics and fans alike and signals a return to rock and roll after a series of solo effortsA celebrated writer, he is the author of three books, including the brutally funny cult-classic Cheese Chronicles and his most recent release Dust Bunnies, a rowdy memoir of a life that could give Hunter Thompson’s best work a run for its money.

Womack is a two-time winner of the “Best Song” award in the annual Nashville Scene Critics Poll. A riveting (and often hilarious) performer, he’s burned up the highways for decades both fronting his rock and roll band and playing solo acoustic shows in nightclubs, coffee houses and house concerts, showcasing songs that have earned him complimentary comparisons to John Prine, Bob Dylan, Randy Newman and Ray Davies. He lives in Nashville with his wife and son.